Hey guys! I know I haven't posted much of anything for awhile now, been busy. I got a few things in the works though. In the mean time I thought I would share with you all my adventures at CTN! I am not much of a shutter bug but I did grab a few pictures so I figured I would go ahead and share. I did a lot of really cool stuff at CTN. I think I could have done more cool stuff but I had a lot of fun just seeing a bunch of my fellow ianimate students. You guys are AMAZING! I had a lot of fun meeting you guys in person, it was a long time in coming. I also met a few ianimate instructors around CTN and got to say hello which was amazing. They are all great guys. Beyond that I got a few reviews, had my soul crushed. Did a lot of talking. Met a ton of really cool people from all over the world. Bought some art, and heard a couple of really great talks. So, let me go ahead and share the few pictures I took.

I got a bunch of pictures of these little statues which were pretty cool looking. 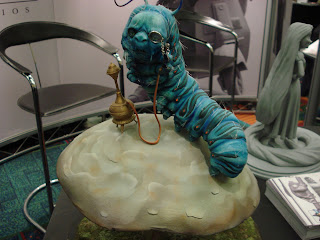 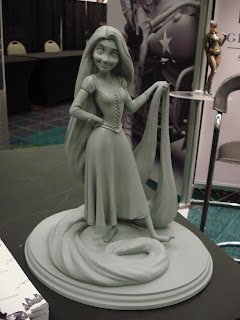 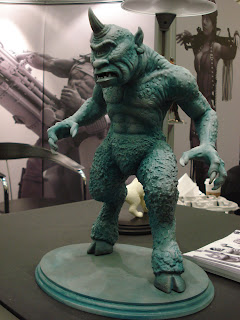 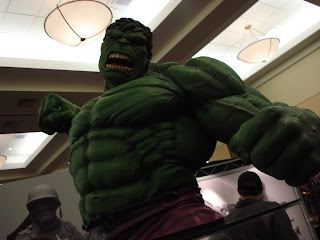 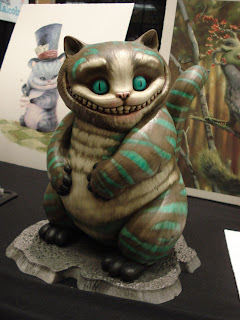 So this is a bit of a story. The ianimate booth was about 30 feet from the glen vilppu booth. After awhile Angleo Sta Catalina, Darrell Vasquez and I decided to go talk to him. We went over and started asking him about his work and his process for doing his AMAZING figure drawings. He opened up a new document and talked through his process as he drew us an example. It was pretty amazing. We also saw a few original pieces of his. I got a couple pictures right after that happened... 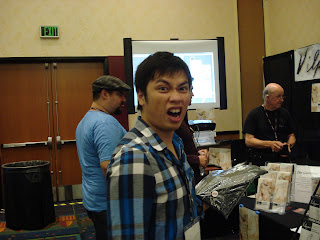 That is Angelo, he is standing in front of glens booth making a crazy face (as usual). You can see glen in the background, he is the older gentleman, he is a great guy by the way, very pleasant to talk to. 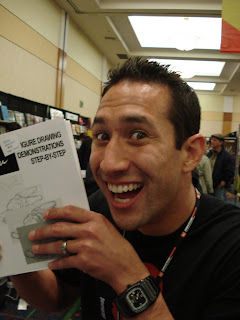 This is Darrell holding one of Glens books that he had for sale. Also making a crazy face...seems to be a theme here. 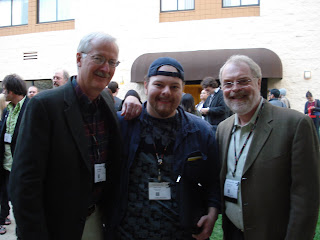 Finally the last picture. This is Me with Ron Clements and John Musker! I had just been to their panel where they had a lot of amazing stories to share and just a lot of behind the scenes info and art to show. After that amazing panel they ran off. I started walking around the booths again and went outside to get out of the crowds and they were just standing outside! I was like OMG! So I asked them if I could get a picture, they were super nice about it and I am very grateful they were willing. Needless to say this is my favorite picture by far!
Posted by AFightingPanda at 9:58 AM

Awesome photo's Keith! I also really appreciate you putting together those tutorials!
Kelly

wow! you got a picture with Ron Clements and John Musker!! :)
Love all the statuettes!